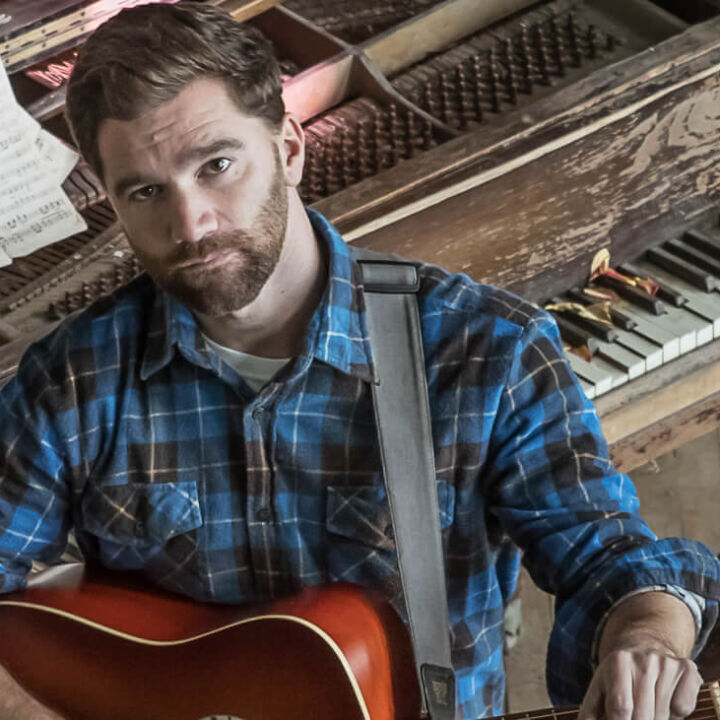 “With double-tracked vocals reminiscent of the ‘90s, infectiously folky melodies reminiscent of the ‘10s and an atmosphere unique to his sincere approach to song-craft, ‘I Wanna Tell You’ shows off all of Lev’s eclectic influences as they come together to form a single sound.” – American Songwriter

Singer/songwriter and tuneriver.com personalized songwriting artist Eli Lev has announced the release of his highly-anticipated final installment to the Four Directions project – True North on June 25, 2021.

Listen to the first single “I Wanna Tell You” now:  Stream here

From teacher on the Navajo Nation to full-time musician

Prior to becoming a full time musician, the Silver Spring, MD native spent three years as an 8th grade English teacher on the Navajo Nation in Northern Arizona.

The indigenous traditions he learned during this time are the inspiration for his Four Directions project.

Just as each cardinal direction holds unique characteristics in the Navajo tradition, so do each of the albums in Eli’s ‘Four Directions Project.’

Together, the series imaginatively and intrepidly connects spheres and generations within a body of work that is irresistibly uplifting, emotionally resonant, and down-to-earth authentic.

Eli explains, “We are surrounded by four directions, and each has distinctive attributes, powers, and teachings according to Navajo traditions. For example, because the sun rises in the east, it is the first direction and source of new ideas and inspiration.

With that in mind, I started my EP series in 2017 with All Roads East, echoing the sounds of my youth and upbringing (Alt-Country/Americana).

I released Way Out West the following year, where I experimented with the frontiers of folk tropes and melodies (Indie Folk).

For 2019’s Deep South, I went back to my southern roots with a truly modern and powerful sound (Folk Rock/Pop).

The final piece in 2021 is the more introspective True North (Acoustic/Singer-Songwriter).”

From Navajo beliefs, composed over time

The northern direction in Navajo belief is that of the black night, of reflection, of quietude, of completion, and the stage where we get the highest amount of understanding from events and actions. Therefore, True North, is composed of a series of songs that were written throughout Eli’s musical career.

The EP was recorded during sessions with producer Taylor Rigg in a cabin in Virginia’s Shenandoah Valley. Rigg’s ability to create sonic landscapes rooted in instrumentation were brought to life and elevated by the riverside setting nestled among the picturesque rolling mountains.

Opener “Shy Desert Morning” and “Happiness Waits” were both on his first demo EP. The former was created on a whim in the days after finishing grad school in Bloomington, IN and reflecting on his first time driving out to the high desert – years before the Four Directions project was actualized, while the latter tells the story of two people that aren’t connected, but could be if they chose to seek happiness.

“As It Is” was the first song Eli wrote on the piano, and explores insights he gained on a 10-day Vipassana meditation retreat to gain a deeper understanding of how everything is “as it is” while constantly changing.

“I Wanna Tell You” is an honest statement about letting go and moving on that revealed itself almost at once after playing a series of three chords. Closer “There’s A Light” was recorded in just one take with Eli and the guitar, at once an affirmation and a longing for peace, harmony, tranquility, balance, and love.

Eli Lev is available to personalize a song for you as a gift to your friends and loved ones via tuneriver.com

You can include memories and characteristics to create a gift that they will remember forever.

You can hear the song and read Eli’s bio here.